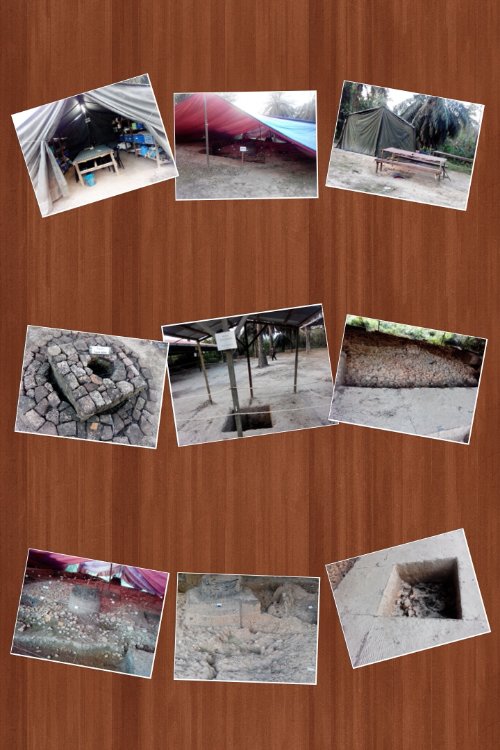 During our Christmas getaway back north in Sungai Petani, Kedah, Team E.T.A chanced upon Sungai Batu Archeological Site. The researchers are still in the process of uncovering relics and buried civilization that’s believed dated way back in the second century.

Archeologists believed that these are the remnants of a civilization that is dated as early as second century, believed to be the earliest civilization unearthed in South East Asia; earlier than Lembah Bujang and even the well known Angkor Watt.

Potteries, smelting area and even ritual site is uncovered here. The ritual site is facing Gunung Jerai and it is believed that the people during that time subscribed to animinisme; praying and offering sacrifices to elemental items like mountains, wind, trees, the sun, etc.

The site, though still being dug up by researchers and archeologists alike is open to public for visit from 9am-5pm daily. Entrance is free.

Should you be in Sungai Petani, and want to play Indiana Jones a lil bit…this is the place you should go.