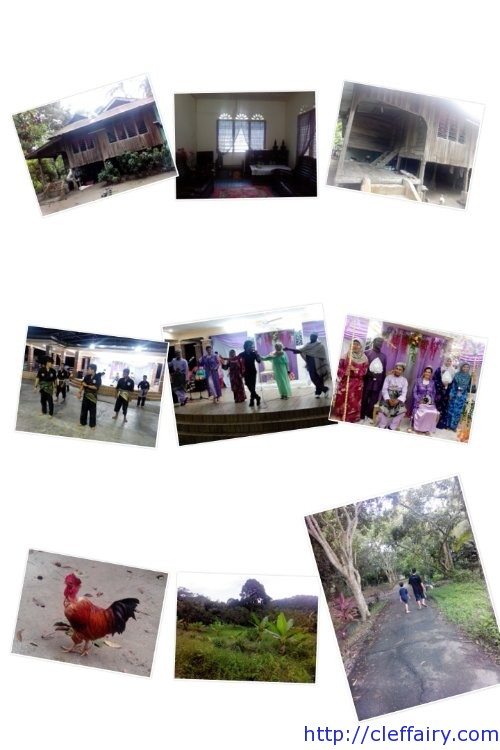 The 3D2N Railway Tour Package trip to Perak left a huge impact on me as spending time with my foster family in a secluded kampung sends me down the memory lane, right to my childhood days when my late grandmother was still alive.

You see, I was somewhat a kampung girl when I was growing up. My father is the sort of people who emphasized on strong family ties, and so most of my childhood years were spend visiting my grandparents in kampung. We usually visited and overnight there every weekend, and most of our festive holidays were spent there too. I wasn’t really fond to go back hometown ever week, to be honest. As a child, I wanted a more ‘modern’ kind of fun. I longed to hit the mall with friends or stay at home and play computer games. In other words, I was envious of my peers of my age who gets to spend time that way instead of being stuck in a boring kampung with their grandparents.

But I’m an adult now and looking back, I appreciate my father’s effort to give meÂ precious and irreplaceable memory. How many people my age could honestly say that their childhood was well spent? Anyone could say they lurked in the malls during weekends, buy not many could tell you that they spent their childhood holidays and weekend with their grandparents, doing what kampung kids did…swimming and frolicking in the waterfall, go fishing with grandfather, getting all muddy and dirty in the paddy field, picnic by the paddy field and playing kites with cousins, climbing rambutan and guava trees and eat the fruits on the tree itself… Those memories are priceless and not something the kids these days could easily experience.

Yes, spending time with Mak Tok, my foster mother during my stay in Bukit Gantang Homestay triggers a lot of childhood memories, and made me miss my late grandmother dearly.

My late grandmother and I was particularly close. She dotes on her grandchildren a lot, but unfortunately for us, she passed away as soon as I went to college and started to build my own life. Is is my son’s misfortune to never be able to know his loving great-grandmother, as we lost her to a deadly illness known as diabetes. Yes. My late grandmother was a DIABETES patient, and the last few years of her life was a painful memory to revisit.

My late grandmother was diagnosed with diabetes as early as in her 30s, and she has been strictly on diet and medication since. Things were under control for a few decades, but her diabetes kinda got worst when she was in her 60s. She was admitted to hospital on and off because of it. Despite of her effort to watch her diet and taking medicines religiously, my late grandmother still suffers from high blood sugar level that leads to various health issue. She had poor blood circulation and whenever she injures or cut herself on her feet, her foot infection gets really hard to heal. Hard to heal READ: almost never gets heal. A small cut will remain bloody, filled with smelly pus and as time goes by, the infection gets worst. From a small cut, the wound gets bigger and bigger and the pain became much more intolerable for her. It brought so much pain for us to see my grandmother in pain, and at some point, the doctors suggested amputation, which my grandmother was strongly against.

As time goes by, my grandmother succumbed to the deadly illness, something each and every one of us in the family regrets. There are times I wonder, if medical science was as advance back then as it is now, could my grandmother be saved and spared from all the sufferings? I thought, perhaps, if there was proper blood sugar control, it could have at least ease her suffering if not prevent her demise.

You see, my grandmother may have been departed, but my grandfather is very much alive, and though suffering from the very same disease, diabetes, he coped with the illness much better with the help of Live-well Mecomin.

My grandfather can now take a walk around the kampung with us without complaining of feet numbness due to diabetes within 5 minutes of walk. A wonderful and very welcomed improvement, if you ask me. he now could feel his legs better. No more complaints about numbness and stuff and whenever he injured his legs, he could spot it early and get it treated before it gets worst. What a relief. All of us could stop worrying that he would suffer from feet amputation and whatnot the way my grandmother did before her passing.

Now, it is a fact that talking and reminiscing about the good old times or wistfully wishing that my late grandmother took Live-well Mecomin will not bring her back to life, but I do wish that this particular supplement could help those who are suffering from diabetes could benefit from it and improve their quality of life. Live-well Mecomin contains mecobalamin, the neurologically-active form of Vitamin B12 vital to the central and peripheral nervous system. Mecobalamin protects against neurological (nerve) disease and has the ability to regenerate damaged nerves in people (especially diabetics) with peripheral nerve damage. Diabetics and pre-diabetics are advised to supplement with mecobalamin as they are most prone to peripheral nerve damage. If nerve damage is left untreated for an extended period, diabetics face a higher risk of leg amputations. 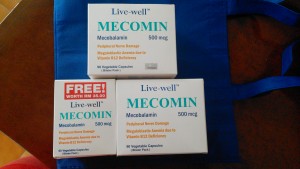 Live-well Mecomin is suitable for:

According to grandfather, Live-well Mecomin is available in 90 Vegetable Capsules Blister Packed (10’s X 9)Â and you need to take 1 vegetable capsule (500mcg) three times daily after meals for it to works effectively. I suppose, that’s a small sacrifice to make in exchange of a better quality of life. So if you have anyone suffering from diabetes, you might want to look into this supplement and ask your doctors if you could take em so that you can benefit from it. Don’t wait til it’s too late. Prevention is always better than cure 😀