Fans and patrons of ERAMAN, the premier duty free and travel retail brand of Malaysia Airports (Niaga) Sdn Bhd, will be pleased to know that they have an exciting chance to drive home not one, but three new cars as part of the year-long ERAMAN Shopping Extravaganza. 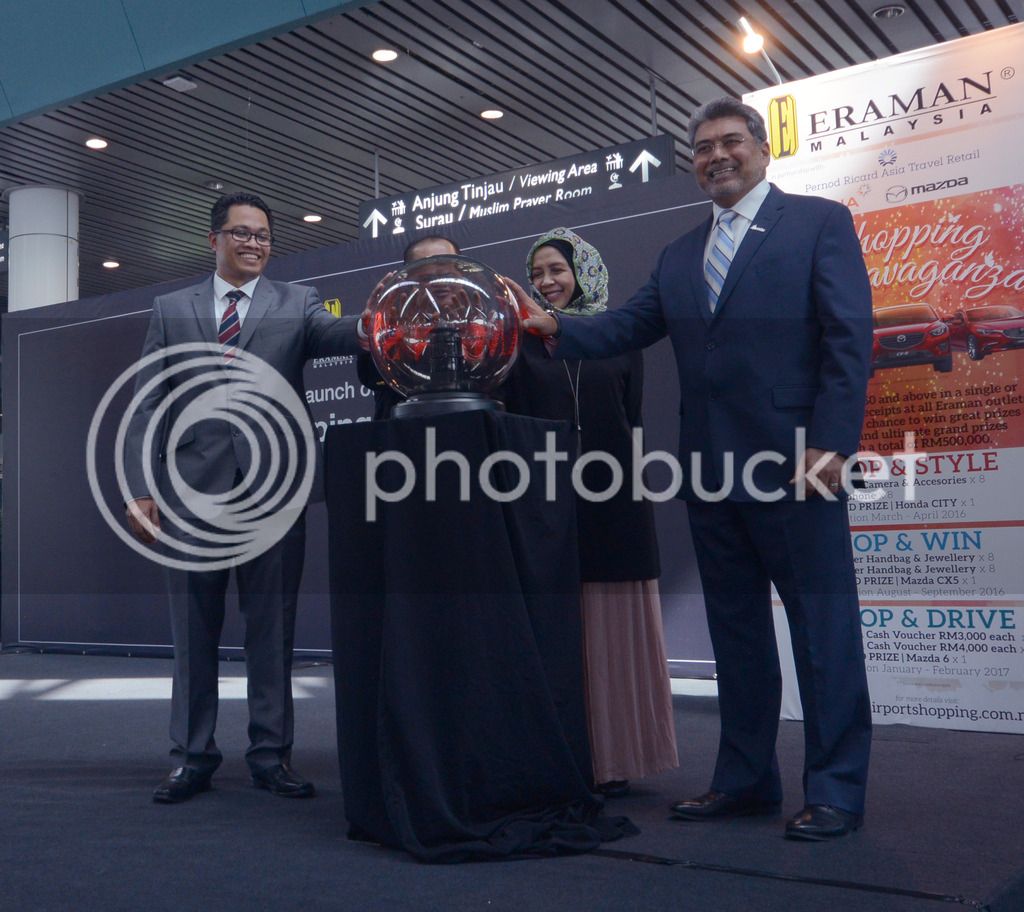 Comprising three campaigns – Shop & Style, Shop & Win and Shop & Drive – all shoppers have to do is spend a minimum of RM250 in a single receipt or cumulative receipts and answer a simple question to stand a chance to take home weekly prizes and a grand prize of a car in each campaign.

In the first campaign ‘Shop & Style’ which runs from March to April 2016, the weekly prizes include eight Go Pro Hero 4 with accessories, as well as eight iPhone 6+. The lucky winner of the grand prize will drive home in a Honda City.

In the second campaign known as ‘Shop & Win’, which runs from August to September 2016, weekly prizes comprise designer handbags and jewellery, as well as a grand prize of a brand new Mazda CX5.

‘Shop & Drive’, the third and final campaign, to be held from January to February 2017, will see vouchers of up to RM4,000 given away weekly. At the end of the campaign, one lucky winner will be handed the key to a brand new Mazda 6.

Both the Mazda CX5 and Mazda 6 are equipped with the SKYACTIV family of engines which can deliver much greater fuel efficiency than conventional engines.

Those who shop at Pernod Ricard will get an additional entry form and added advantage of winning prizes that include a priceless customised holiday package to Scotland, holiday package to Australia, and a premium liquor cabinet. In addition, a 20% discount will be given for the purchase of one bottle of selected liquor, namely Absolut, Chivas Regal, Martell, Glenlivet and Royal Salute.

Meanwhile, FNA Marketing (M) Malaysia Sdn Bhd, is offering special offers for its branded chocolates such as AnthonBerg, Cadbury, Goldkenn, Storck and Toblerone whereby purchase of between two to four items entitles the purchaser to a Gift With Purchase or another item free.

The ERAMAN Shopping Extravaganza is held at all ERAMAN participating outlets, except Airport Shoppe at KLIA