In the spirit of giving and the holy month of Ramadhan, Resorts World Genting recently hosted a Majlis Berbuka Puasa for underprivileged orphan children and senior citizens. Resorts World Genting prepared a fun-filled itinerary, for the children and senior citizens in conjunction with the festive season, treating them to the latest and greatest experiences available at the mountain resort. 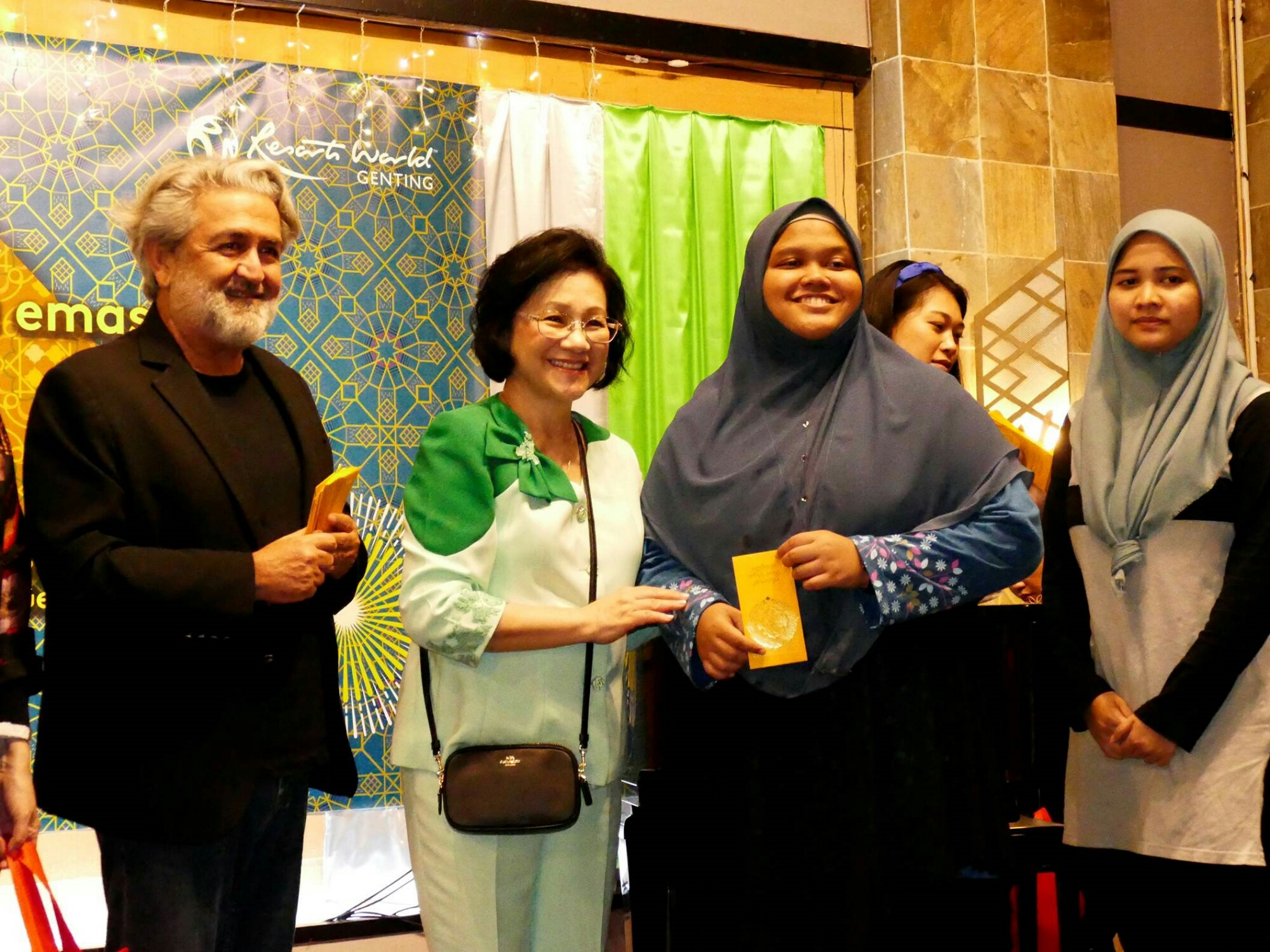 As members of the Resorts World Genting team greeted each orphan and senior citizen individually, smiles were seen all around as the guests marvelled at the scale of the resort and enjoyed the cool weather. Speaking in Malay, Puan Seri Cecilia Lim said, “I would first like to extend my thanks to the children’s homes and old folks’ homes for attending our ‘buka puasa’ feast on this special day. The month of Ramadhan is a holy time where our Muslims friends fast together for their faith. This month is also a time where we are all reminded to be giving and this celebration today is a small gesture by Resorts World Genting to the community.”

With the guests and the Genting team quickly becoming fast friends, the group was led up to the soaring atrium of SkyAvenue. The children and senior citizens witnessed the brand-new Batman Experience at the SkySymphony stage. A celebration of the iconic comic superhero’s 80 years, the show dazzled the guests as the history of the Caped Crusader played out across 360-degree wraparound screens and transforming winch ball display set to a pulsating soundtrack.

After seeing this kinetic audio-visual extravaganza, the group was then led to the Snow World for another treat. Snow World at First World Plaza brought the guests into an enchanting wintry wonderland at a chilly -6°, they were ushered in by warm staff to prepare them with gloves, boot and jackets. They were brief at the entrance and off they went, running into the cold. The children were in awe of the snow and all the 3D trick art attractions. Giggles and laughter were heard as they slide down the toboggans and having snow ball fights with each other.

Filled with adrenaline from experiencing snow for the very first time, the group walked through SkyAvenue Mall to proceed to the 4th Floor Adventureland; where the Dinosaurs at and oddities await them. In the Jurassic Research Centre, the group were brought back into time when Dinosaurs ruled the earth. Some were scared and some were brave, to get up close and personal with each dinosaurs that were displayed. They continued on their journey into a world of oddities at Ripley’s Believe it or Not with the wackiest and weirdest items that our unusual world has to offer. They played around with the interactive displays and burst out with laughter as they experienced new things like never before.

“Decades back, I used to visit Resorts World Genting with my family and I have many happy memories here. Although my loved ones are not here with me, I am often reminded of them during the Ramadhan month and I felt young again today whilst enjoying myself with the many activities,” said En. Harrunashid Mohd Nor from Pusat Jagaan Warga Emas Husna Arrashid.

After a fun-filled day, the group head out into the cool mountain air just as the sun began to set, bathing the landscape in a golden glow. With the time for Buka Puasa drawing near, the children and senior citizens were treated to a thrilling ride on the SkyAvenue Skyway cable car, marvelling at the dusk-hued panorama. Upon arrival at the graceful setting of Awana Hotel, they were led to Rajawali Coffee House where a delicious spread of over 100 dishes awaited them. Puan Seri Cecilia Lim, Dato’ Edward Holloway and Katherine Chew were once again in attendance, greeting and mingling among the group. 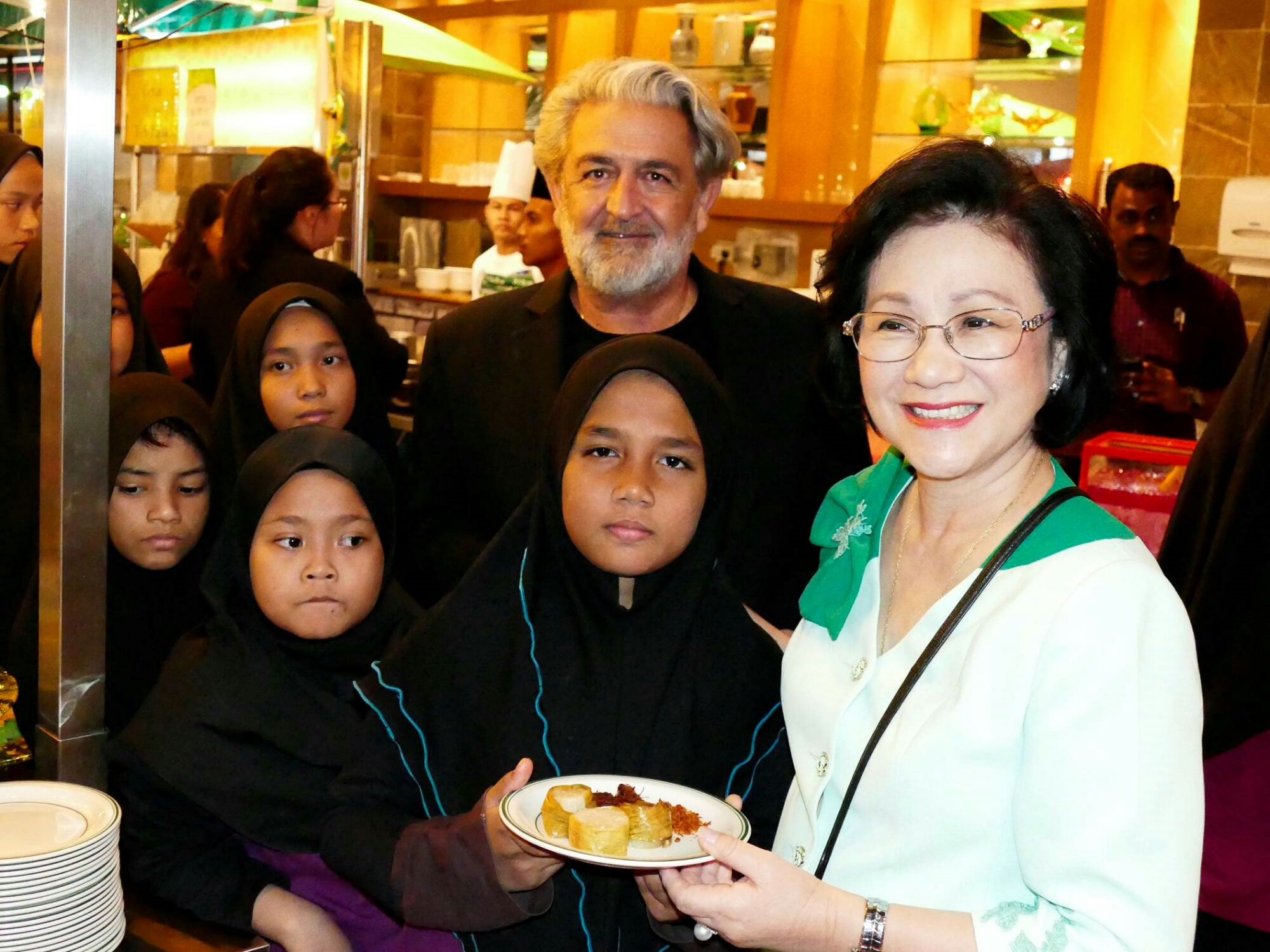 As the Maghrib prayer call rang out across the clear mountain air, the guests tucked in to the special pasar malam-themed buffet. Featuring a collection of food and drink stalls serving dishes deeply steeped in Malaysian culture – from Ayam Percik to Murtabak, Nasi Briyani to Roast Lamb, fresh seafood to a giant spread of traditional kueh – members of the Genting team assisted the guests to ensure that everyone got to sample a taste of the splendid Buka Puasa buffet.

“Although we don’t often get to visit the ‘Pasar Ramadhan’, I felt like I was in one today with the amazing buffet. I also had a lot of fun watching the shows today, riding the cable car and even seeing Batman!” said Puan Roselina binti Rusli from Rumah Kasih Nurul Hasanah 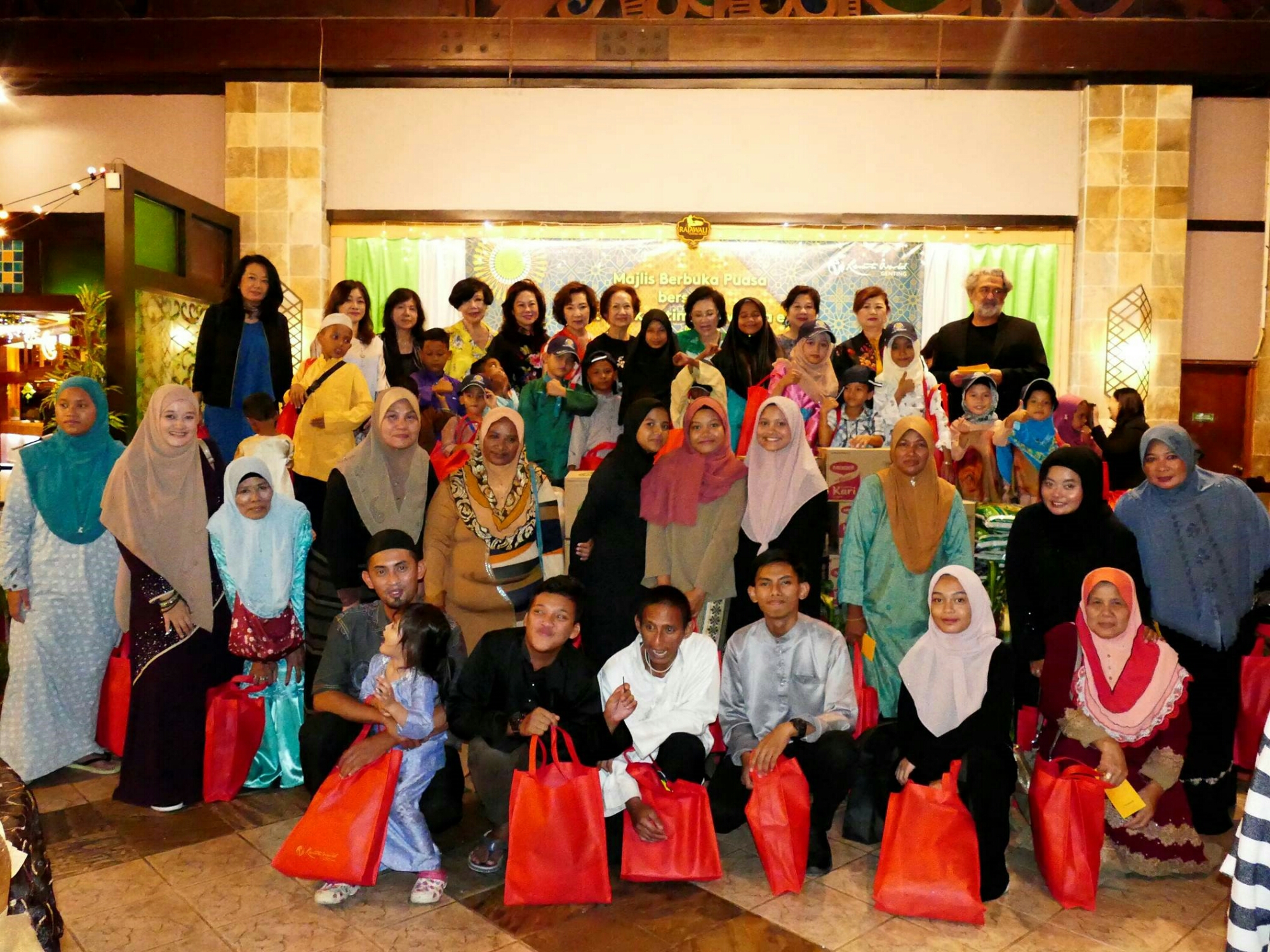 With full bellies and broad smiles, the children and senior citizens were treated to one last surprise. Each of the three orphanages and the old folks home received a gift hamper of rice, cooking oil, Milo, Maggi instant noodles, dried Bihun and biscuits to take a little bit of the Genting hospitality home with them. Each child also received a goodie bag containing a Faber-Castell stationery set and snacks like Twisties, Cheezels and assorted candies, along with an auspicious Duit Raya packet. The senior citizens were not left out, with each receiving a gift bag containing necessary amenities including a toothbrush, toothpaste, shampoo, body wash, body cream and a revitalising bottle of Minyak Cap Kapak.

Under the twinkling light of a thousand stars against an inky-black sky, it was time to say goodbye. The Resorts World Genting team bade farewell to each and every one of their guests, wishing them a happy Ramadhan and a special Hari Raya Puasa, with a promise that they would see each other again. Ramadhan is a month of reflection and generosity, and this special Majlis Berbuka Puasa day will be one that these children and senior citizens will always remember.