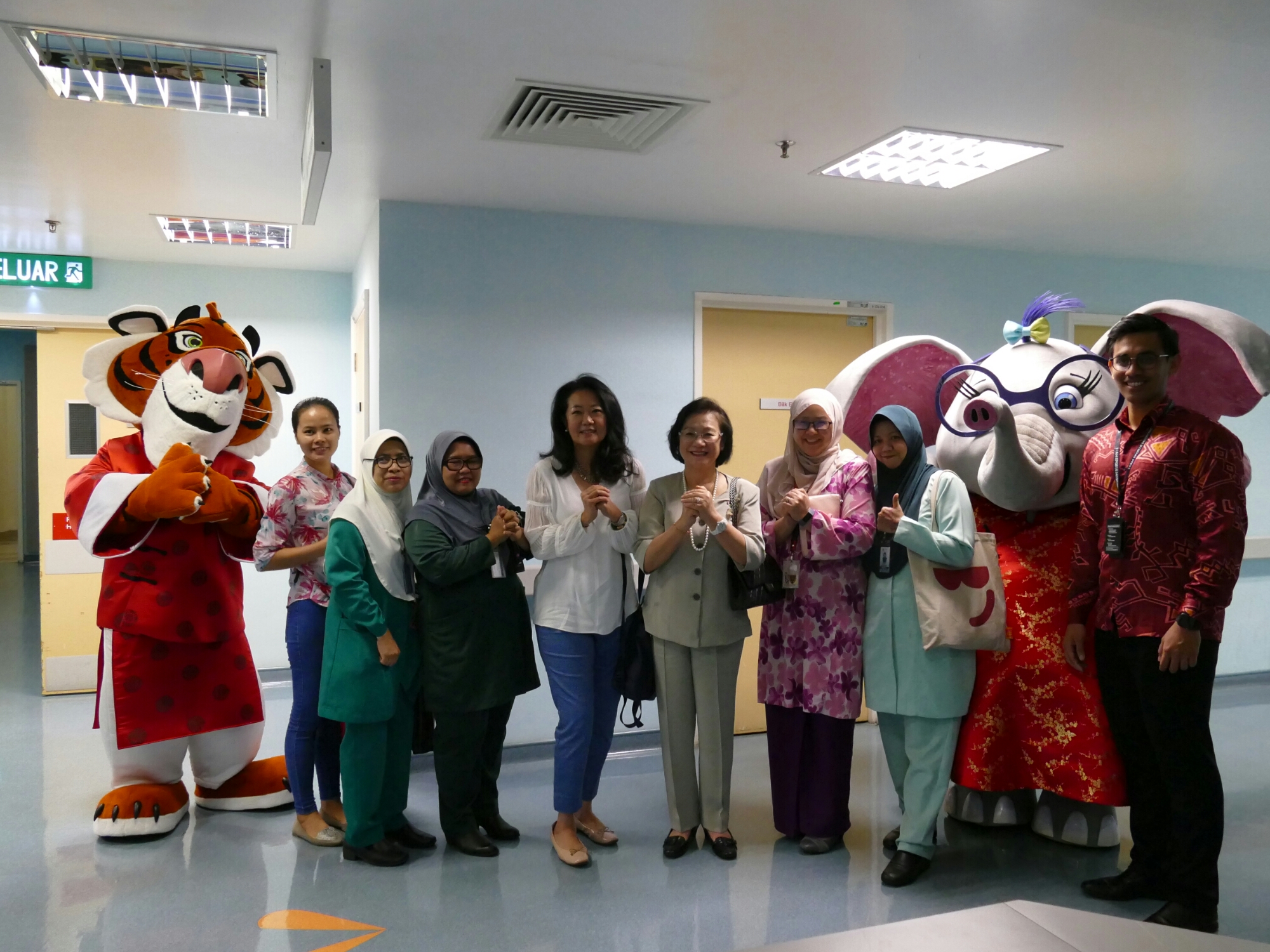 In conjunction with Valentine’s Day and the Chinese New Year season, Resorts World Genting distributed tokens of love to the inpatient children admitted at the Oncology and Cancer Wards of the Women and Children Health Complex, University Malaya Medical Centre. 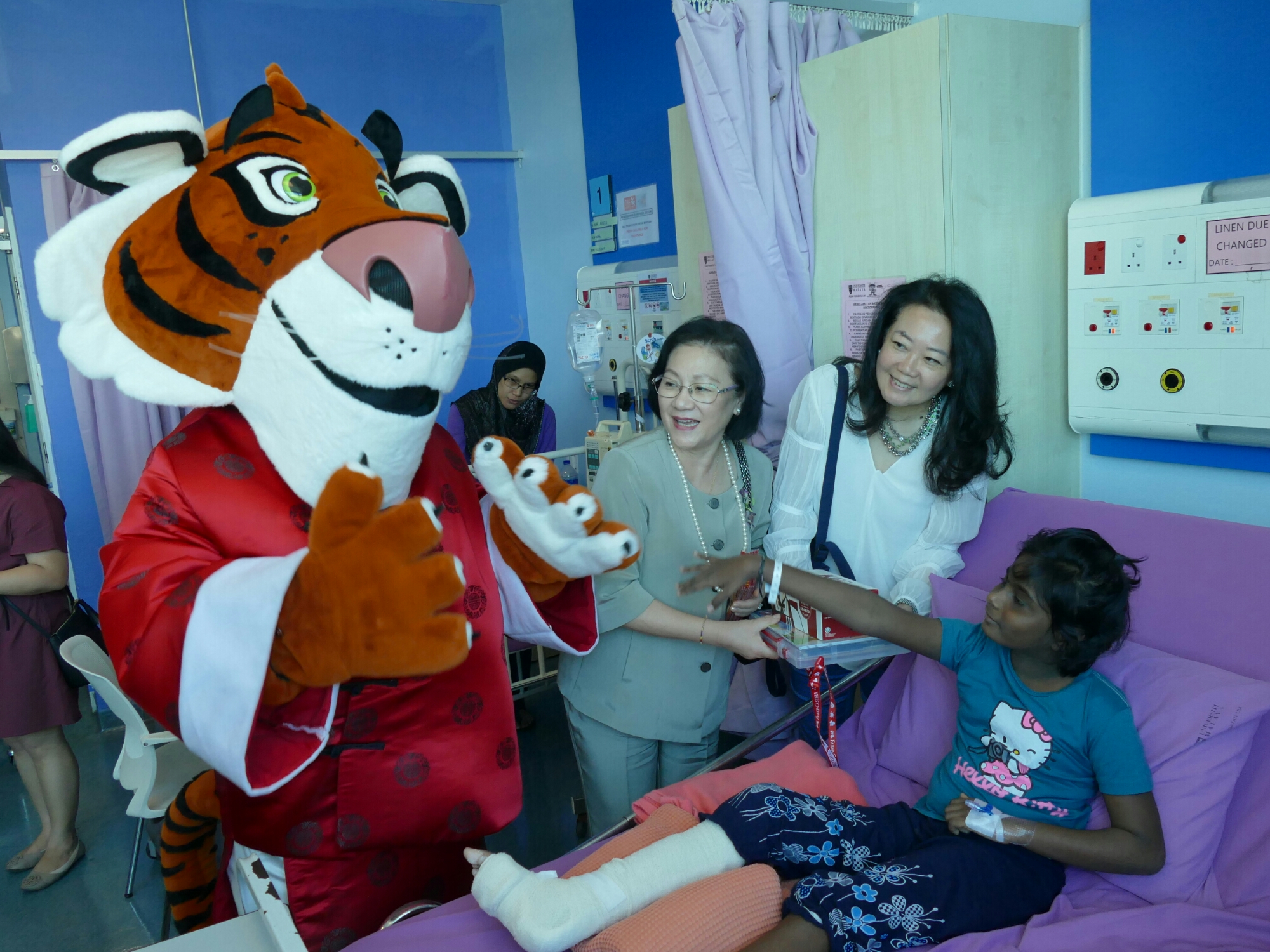 Puan Seri Cecilia Lim, wife of Genting Malaysia Berhad’s Chairman Tan Sri Lim Kok Thay said, “Our visit today is just a small gesture by Resorts World Genting to spread some cheer and smiles amongst the patients. Helping children is one of the causes that is very near and dear to my heart and I hope that our visit today will be a memorable one for the children and will help in some part for their speedy recovery.” 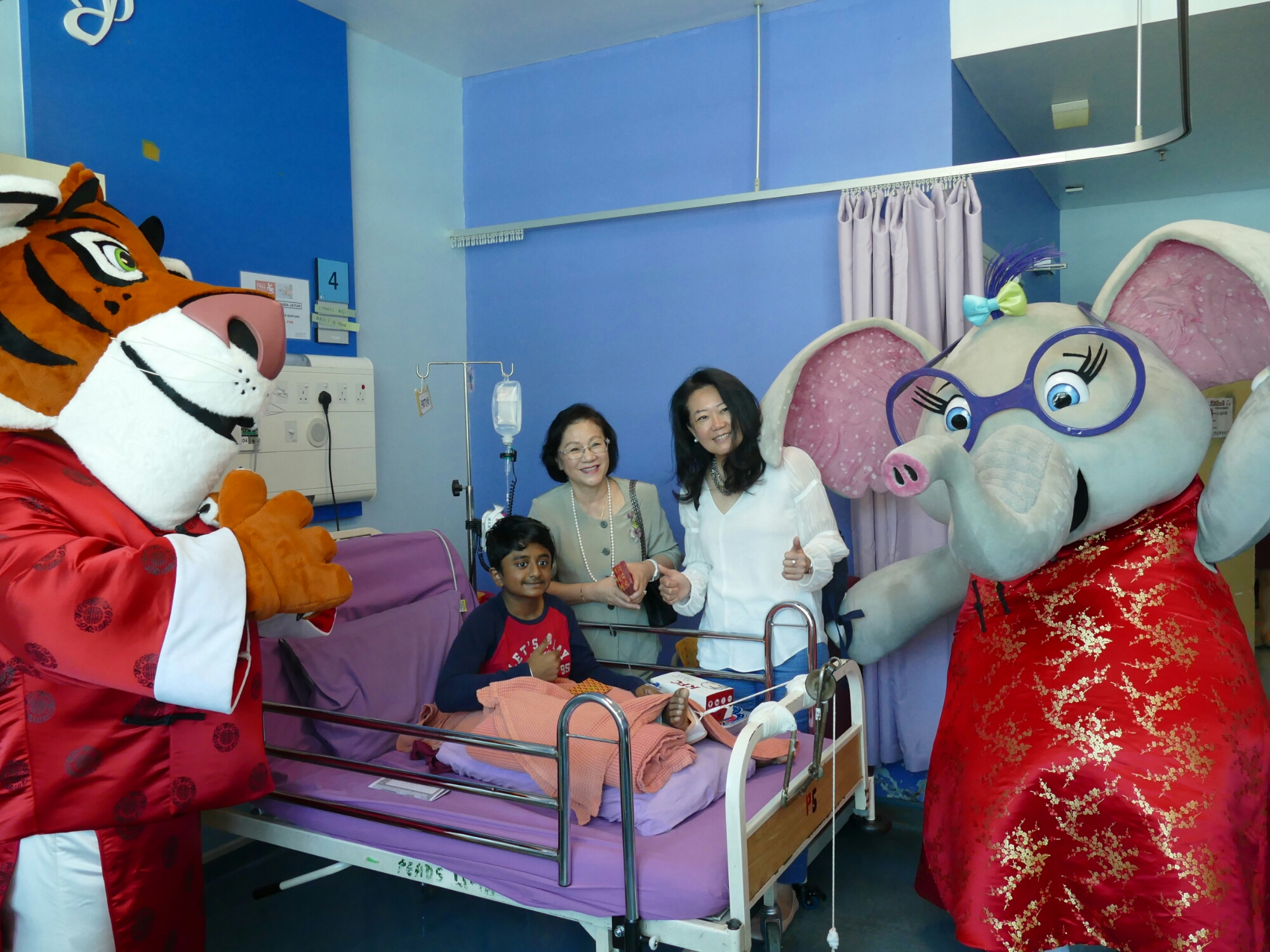 The patients who were admitted with diseases such as various forms of cancer, diabetes and dengue fever, had smiles on their faces when they were greeted by the official mascots of the Skytropolis Funland indoor theme park at Resorts World Genting. The 150 patients included month-old babies to adolescents.  Allie the Elephant and Tabby the Tiger high-fived the children and bounced around exuberantly. The colourful mascots were dressed for the season with Tabby the Tiger sporting bright orange and red stripes in a bright red samfoo and Allie the Elephant looked adorable with a tuft of purple hair, glasses and a crimson cheongsam. Frankie the clown was also on hand to twist and turn balloons into an assortment of animal shapes for the children as he had the kids laughing with his silly jokes. 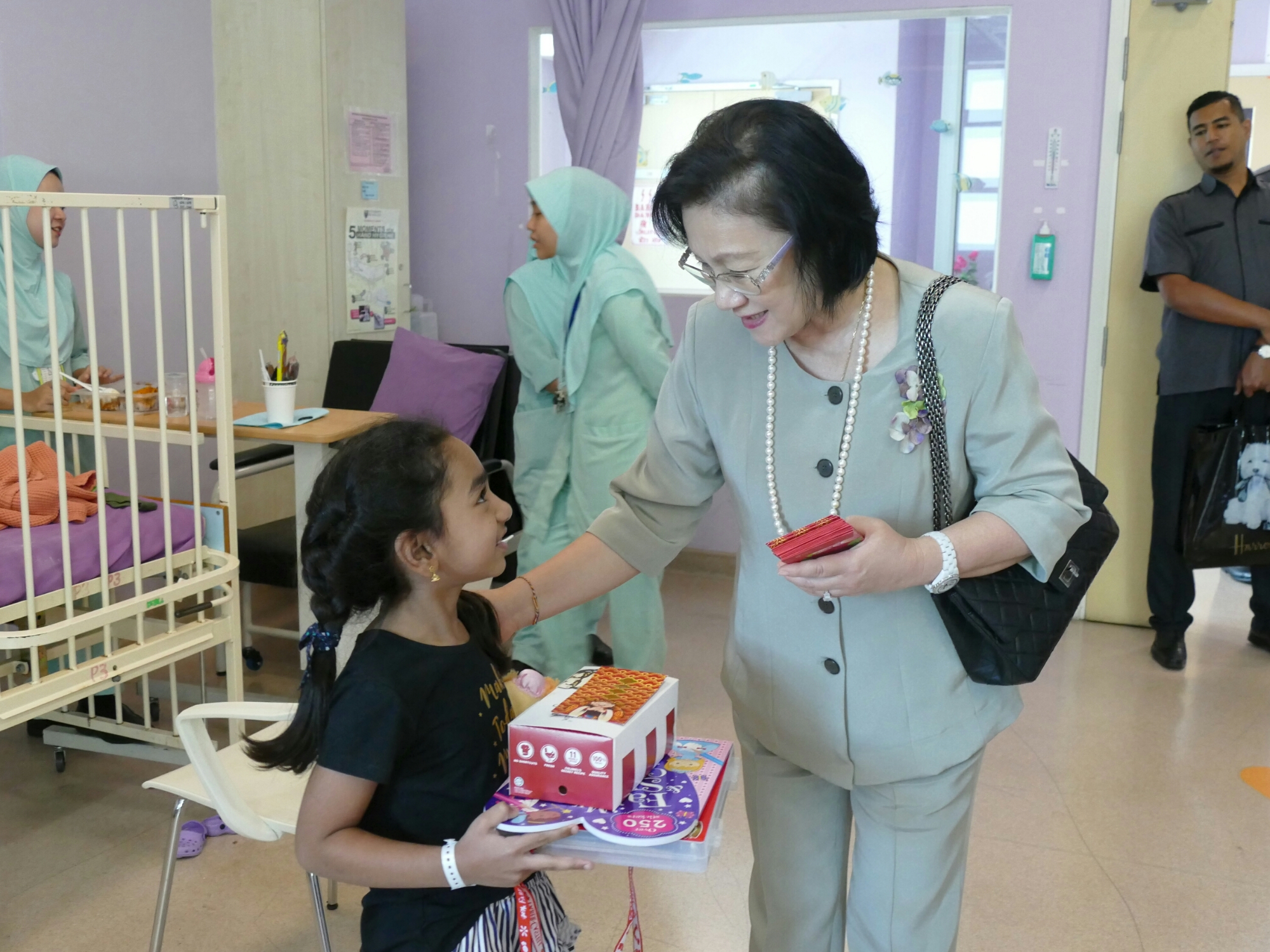 Colouring books, colouring pencil sets, KFC set meals were also personally distributed by Puan Seri Cecilia Lim as she was accompanied by Dr. Azriyanti Anuar Zaini, Consultant Paediatrician and Paediatric Endocrinologist of the Department of Paediatrics, University Malaya Medical Centre who introduced the patients and Katherine Chew, Vice President of Resort Communications and Public Relations. She also gave out red packets in conjunction with the ongoing Chinese New Year festival. Mandarin oranges and delectable pineapple tarts crafted by chefs of Resorts World Genting were also given out to the nurses of the respective wards. At the end of the day, the children had an unforgettable Valentine’s Day.